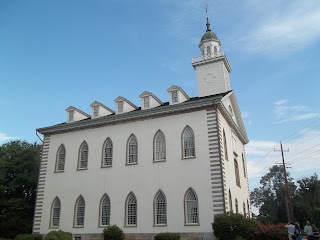 Kirtland - was one of the most spiritual times and places since the resurrection of Christ and the early days of the ancient Church of Jesus Christ of Latter-day Saints.

Not only was it a place a hardship for the early saints, but it was a time and place for great spiritual manifestations which included several visitations of the Father and the Son as well as many other heavenly messengers.

Many "felt the power and felt the glory" of our Savior's visitations, [knew He was in the room with them], but did not see Him. 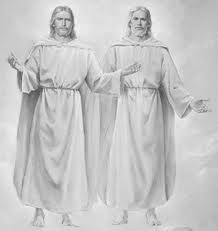 One of the principles that separates the beliefs of the restored Church of Jesus  Christ from other religions is the belief in a living God.

"These three beings make up the Godhead. They preside over this world and all other creations of our Father in Heaven.

The true doctrine of the Godhead was lost during the apostasy that followed the Savior's mortal ministry and the death of His Apostles. This doctrine began to be restored when 14-year-old Joseph Smith received his First Vision (see Joseph Smith—History 1:17). From the Prophet's account of the First Vision and from his other teachings, we know that the members of the Godhead are three separate beings. The Father and the Son have tangible bodies of flesh and bones, and the Holy Ghost is a personage of spirit (see D and C 130:22). [ True to the Faith ]

Zebedee Coltrin related that  while in the school of the Prophets, he saw the Savior, following which he saw God the Father:

"He was surrounded as with a flame of fire, which was so brilliant that I could not  discover anything else but his person. I saw His hands, His legs, His feet, His eyes, nose, mouth, head and body in the shape and form of a perfect man...This appearance was so grand and overwhelming that is seemed I should melt down in His presence, and the sensation was so powerful that it thrilled through my whole system and I felt it in the marrow of my bones." [Salt Lake School of the Prophets, pg. 54]

This was really not an isolated event. During the Kirtland era, the heavens were very open much like they were open to the early Apostles after the resurrection of the Savior.  The Kirtland Saints: 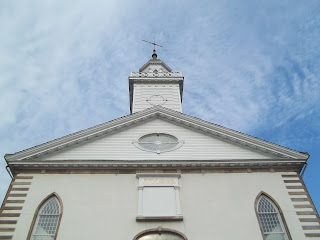 On our tour we were able to spend 2 wonderful hours in the Kirtland Temple in the early morning hours. Although this temple is owned by another religion, it is still a holy hallowed place, one of the most sacred places on earth.   We really felt that while we were there.
Our whole Church History Tour was....the best, and most amazing, and most spiritual week I have felt. I can't adequately put into words what was felt and experienced. I came away with a strong witness that it is true. All of it.

[sources: History of Joseph Smith, Who's Who in the Doctrine and Covenants by Susan Easton Black, Karl Anderson books: Joseph Smith's Kirtland, and The Savior in Kirtland - Personal Accounts of Divine Manifestation] Karl Anderson was our tour guide in Kirtland and spoke to us for 2 days while we were there.
﻿