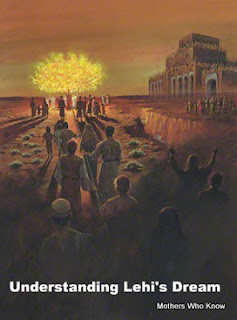 In 2007 something kind of awesome happened.  There were 3  Devotional/Fireside talks  given back to back one month after another....on Lehi's Dream.  Coincidental??  I think not!

Interesting don't you think that all three randomly inspired, chose to speak on the same topic?  Here is what Elder Anderson said prior to giving his CES Fireside talk.


"I want to tell you of the Lord’s guiding hand in our meeting tonight. During the early days of January I worked to organize and outline what I would present to you. Knowing that Elder David A. Bednar was scheduled to speak to you in February, I asked him if he had finalized the subject he would address.

I was taken aback when he responded that his talk was about holding fast to the iron rod. It was the exact title I had chosen for my talk. The choir was already practicing this beautiful number that they have just shared with us.

As Elder Bednar and I discussed the messages we had prepared, it was evident that we had approached the subject differently. Elder Bednar thought for a moment and said: “The Lord loves the young adults of the Church. There is purpose in this. This is a message the Lord wants delivered.” I determined to proceed.

Then, just a week later and before Elder Bednar’s talk, President Boyd K. Packer, Acting President of the Quorum of the Twelve Apostles, gave a BYU devotional address he entitled Lehi’s Dream and You.  He too included in his talk what it means to hold fast to the iron rod.

My brothers and sisters, this is a subject the Lord wants you to think about."-Elder Anderson


That was six years ago, and I can't stop thinking about these talks.  Here are some significant highlights :

Interestingly, the major theme of the Book of Mormon, inviting all to come unto Christ, is central in Lehi’s vision. Of particular interest is the rod of iron that led to the tree (see 1 Nephi 8:19). The rod of iron is the word of God.

"Those who ignore or treat lightly the word of God do not have access to that divine compass which points the way to the Savior. "-Elder Bednar


"Clinging to the rod of iron suggests to me only occasional “bursts” of study or irregular dipping rather than consistent, ongoing immersion in the word of God." -Elder Bednar

"Perhaps this third group of people consistently read and studied and searched the words of Christ. Perhaps it was the constant flow of living water that saved the third group from perishing. This is the group you and I should strive to join." -Elder Bednar 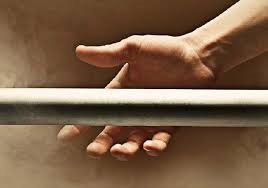 These are all must read talks that I will include in my LDS Talks tab for quick reference.  These are significant talks given by living prophets and apostles, each inspired to teach in a three month period..back to back on the principles of Lehi's Dream.  Just as President Packer taught, it applies to you and me.
Next post will be a more in-depth study of the groups spoken of by Elder Bednar. Stay tuned!!